Our munchkin is not feeling well. I took him to the doctor today, luckily he doesn't have a sinus infection. Just some nasal and a little bit of chest congestion. He does have a slight ear infection, so we got an antibiotic for that. The poor little guy can't breathe through his nose and is drooling even more than ever b/c his mouth is hanging open -which makes it hard to keep his chest dry even with a bib. Here's a pic of my sad little man. So pitiful! (Did you notice... he has figured out how to pull in his crib! this presents a whole new round of problems)
Don't worry, we're giving this guy some extra cuddling time. 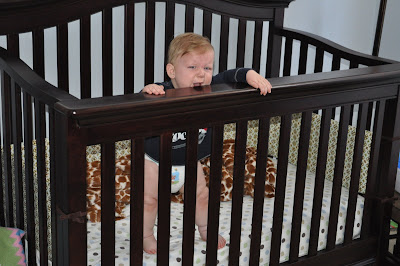 Look how tall he is! The crib is as low as it can go.
Written by Kristie around 2:17 PM No comments: 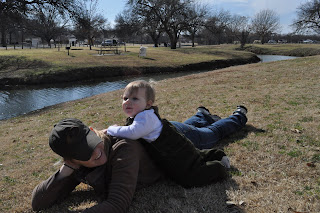 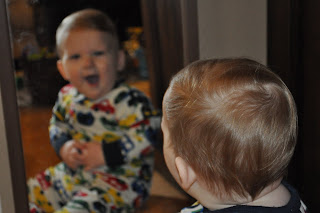 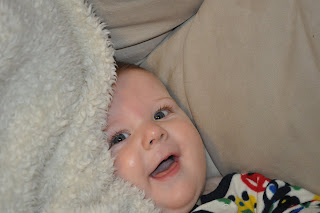 I'm having such a hard time keeping up with the blog lately. I think of things all the time to blog about, but can't seem to get around to it. The past few days have been super busy though.
We went to Will's 9 month doctor appt. on Friday morning, but I'll save those stats for the official 9 month post. On Friday afternoon we met some friends in Arlington and had dinner at the Cheesecake Factory...mmmm. Will did so good, he loves being out and about, sitting in the high chair & eating his snacks. However it was a different story when we got home. We are trying to be really hard core about this cry it out thing- but so is our kid. The crazy- I mean passionately determined boy, screamed from about midnight to 5 am! That's when I finally gave in and got him. Poor little thing. Saturday night was better and hopefully tonight will be better too. I just can't stand it. It hurts my heart, but I'm going to stick with it b/c I know it will be better for him and us.right?
Plus, this separation anxiety has entered into ridiculous levels and the kid doesn't want to leave my side. I'm trying to be positive about the situation. For instance, instead of saying he's a maniac, I'll say he's "passionate". He is determined, loyal, strong willed, just plain strong, and just loves his mamma so much (What can I say, I'm just too incredible). I'm working on not laying down with him for naps and starting the weaning process by giving him a bottle at night instead of nursing him. Hopefully eventually this phase will pass... it better or he'll still be living with Steven and I in 30 years.
My Grandma's 88th birthday party was on Saturday. It was so special to see how many family members came to spend what could possibly be her last birthday with her. I've decided to start sharing some stories about this crazy lady soon. She's such a nut!
Anyway, here's some pics from the last few days.- NEVERMIND! Blogger is having problems uploading my pics, so I will try again tomorrow. I'd better go to bed while my little love is sleeping. Praying for sleep! 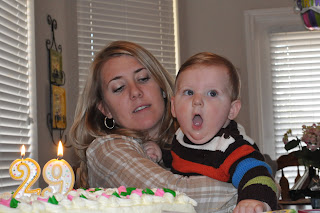 We're watching 24 -yay!
Baby is crying in his crib.
So sad, but I'm trying to not lay down with him to go to sleep.
Nothing too new going on, just thought I'd post a cute pic of the boy.
Since that's what the grandparents keep checking for. 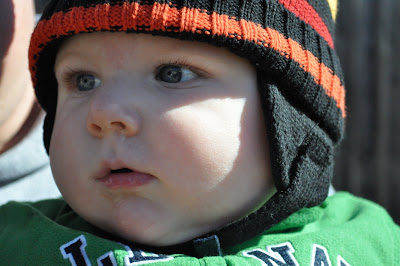 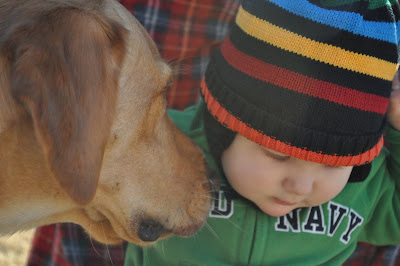 Written by Kristie around 6:34 PM No comments:

I'll start with the excuses... for not blogging:
- we've been gone from the house a lot
- too much housework (does the laundry ever stop?)
- playing with baby
- tired
- not uploading pictures
- we got a Wii and any free time is spent playing Mario Bros. (which is incredible by the way)
- it's cold in here and my fingers don't want to type
... take your pick, I'm going to make an effort to do better.
'''''''''''''''''''''''''''''''
Now for the funny story. Try to picture this scene in your head:
A couple of days ago the weather finally warmed up a bit so I took Will into the driveway with his walker to let him get some fresh air. I decided Dex could come too b/c he's been dying to get outside. We usually just let him wander around the front yard and he never goes far. Sometimes I even forget about him, go inside, and hear him scratching at the front door to get it- so I'm not normally worried about him running away. Anyway, I'm watching Will roll around and notice Dex getting further away, "Dex, get over here!".. he goes down one house further... , "DEX!" & whistling. He goes further. I get Will out of the walker and start going down to get the dumb dog. He sees me come and, of course, runs further. I get to the end of the street (which is only like 3 houses down from mine) and Dex sees me and runs around the corner. I wanted to go back for the car, but worried that by the time I got back to him he'd be gone.
So there I am walking down the street with my baby yelling for the stupid dog. I finally get to where he is, barking through a fence at another dog and seeming really excited that I'm there too- until I grab the back of his neck. So I'm squatting on the ground, holding Will under one arm and Dex under the other. That is about 50 pounds I'm holding while squatting, when I realize, "How the heck and am I going to get up?" So I start bouncing and make it up to my feet. Then I walk under a tree and my hair gets stuck on a branch! It was really caught. I couldn't squat to put Will down, obviously b/c my hair is stuck in a tree, and I couldn't drop Dex b/c he might run. So luckily I backed up and it came loose. It still felt like something was in my hair and I could see a bump on my head in my shadow. I figured it was a stick, but it would have to stay there. Unfortunately, my drawstring pants also decided to come loose and began falling down. One arm is holding Dex and my pants and the other arm is holding Will and his pants b/c he is super heavy. That's about when my arms started shaking! I mean they were really aching! I just kept walking and focused on my yard once I turned the corning. I finally made it back home, dropped Dex, and pushed him towards the house with my foot while telling him what a bad dog he is. I had to set Will down on the grass for a minute to shake my arms out. Brother, that kid is too heavy to hold with one arm that long. I'm sure some neighbor was watching from the window and having quite a laugh- a crazy lady walking down the street holding a dog, a giant baby, and her pants with a stick stuck in the top of her hair.
That's what I've been doing instead of blogging. chasing dogs, lifting weights, getting my hair stuck in trees, losing my pants.
Written by Kristie around 7:54 AM 4 comments:

Our first Christmas with Will was so wonderful, it would be too difficult to try and put it into words. I'm pretty disappointed with myself though b/c I didn't take enough pictures. I was so caught up in the moment- which is good- but I wish I would have captured more of it on "film".
Anyway, I got the idea for a collage of some of my pics from my friend Amy's blog (Thanks Ames!). It should be easier to post than a million pics individually. 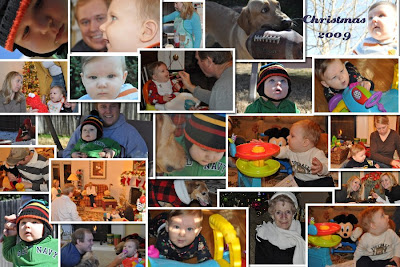 By the way, our sad family news is that my Grandma has been diagnosed with Stage 4 cancer. Two tumors were found. One is baseball sized and growing on her lung & spine. We're not sure how much time she has and plan on spending as much time with her as possible in 2010! I also plan on sharing some of my favorite stories about this crazy lady. All of our friends have always loved this Grandma. She is ornery at times and quite a "pistol" as some would put it. She has always left us laughing in tears. We love you Grandma!
Written by Kristie around 6:46 AM 1 comment: 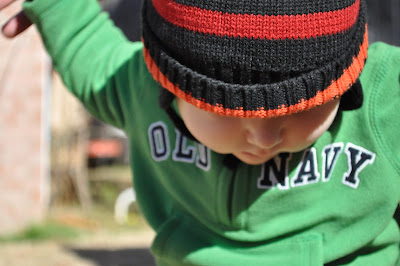